What is an Additional Security Deposit (ASD) by BESCOM? 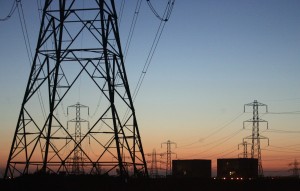 The Bangalore Electricity Supply Company (BESCOM) recently released a 30-day notice to all BESCOM consumers demanding an additional amount as security deposit based on their previous fiscal bill payment, their plan and the consumed load. The ASD will be calculated every fiscal year and will attract an interest of 6 percent. However, the ASD is refundable and the consumer should pay it only in cash at the concerned branch offices but can pay the electricity bill online.

This act was implemented as per the Karnataka Electricity Regulatory Commission (KERC) 2007 norms, wherein if a consumer with a difference amount in the two-month minimum monthly deposit (2MMD) has a bill amount between Rs. 200 and Rs. 1,000, he should pay the readjustment amount to the licensee to avoid disconnection. BESCOM claimed there is a difference of Rs.96,570 between the existing deposit and the calculated MMD.

According to BESCOM, the licensee will review the adequacy of the security deposit amount of all the consumers in the first quarter of each year, based on the average consumption of the previous year. However, consumers with any objections should submit the application within a period of 7 days from the date of issue. A deadline of 15 days will be given to pay the revised amount to avoid disconnection. This rule has been in reviews for the past 5 years but has been effective from January 2014.

Why should a consumer pay the Additional Security Deposit (ASD) each year?

With more and more electrical appliances being used by consumers and the steep increase in the unit price of power each year, it is evident that if the power consumption increases, so does the billing amount. The ASD policy works as remuneration between the BESCOM’s security deposit and the consumer’s current billing figure, favouring BESCOM.

Every year in the month of March-April, an audit is carried out by BESCOM to collect the ASD, provided the ASD to be paid is more than Rs. 200 (domestic consumers) and Rs. 1000 (commercial consumers). In case of rental property, the ASD will be paid by the property owner or by both the landlord and the tenant through mutual consent. However, the ASD for common areas in an apartment should be paid by the association from the common funds.

How does the Additional Security Deposit (ASD) work?

As per the rule a licensee collects a security deposit amount at the time of a new connection. A standard amount will be fixed as an initial security deposit based on the consumer’s required amount of power. This amount will further be calculated based on the average bill amount of the corresponding months (as per the monthly billing/bi-monthly billing) from the following year.

One of the major reasons for the implementation of the Additional Security Deposit (ASD) was to protect the BESCOM from consumers who fail to pay the electricity bills. Also since a consumer was generally given a period of 30 days to pay his electricity bill along with a grace period of 15 days, the connection was still not disconnected.

What is the payment procedure of the Additional Security Deposit (ASD)?

A consumer can check for his ASD details on the bottom of the monthly electricity bill receipt. The mode of payment for the ASD will be just like the payment of the regular electricity bill (online/BESCOM office). When the consumer pays the additional amount, it will automatically be considered as the ASD. However, it is advisable that if the consumer is paying the bill at the venue, he should inform the staff about it.

* ASD can be paid in cash/demand draft (DD)/ cheque or bank guarantee.

Can the ASD be refunded?