Home » News » Akrama Sakrama – The good, the bad and the ugly

The much awaited Akrama Sakrama scheme may not be implemented any time soon. But where does it stand and what is holding it back? The rest of this article will give you some insight into what were the good things about it and what went wrong for the scheme. 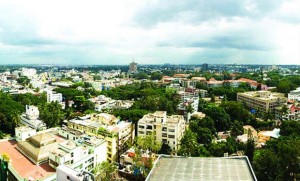 The Akrama Sakrama scheme was first conceptualized in the year 2004 by the then ruling government to regularize illegal constructions within a certain limit. It literally means “making the illegal, legal” This move was aimed at generating revenues for cash strapped civic bodies but has since seen various legal and administrative hurdles. While the bill has been finally passed in the assembly in December 2013, the matter is subjudice in the high court via various PILs that have been filed.

The High Court of Karnataka has asked the state government to restrain from implementing the scheme till the Bangalore Metropolitan Planning Committee (BMPC) is constituted and elections for the same held. This is just one of the many litigations filed against the Akrama Sakrama and it is definitely going to be serious maze to get through for the scheme, before it gets implemented in reality. No clear timelines can really be given on when the scheme will actually come into play.

However, the scheme does benefit millions of home owners whose homes were not built as per prescribed norms and are considered to have a violation, to become regularized through payment of a penalty. While the penalty by itself cannot be suitable compensation for a violation in the first place, the most important aspect is that it will not even pose a serious threat for present and future violators. The violations will continue unless the penalty is extremely high and there is a suitable mechanism to check and monitor violations. In the absence of both, we are merely looking at paying lip service to this issue and propagating the fundamental truth in India that ‘rules don’t matter, at all’. And the ones that followed it, were fools.

The second aspect is that the majority of violations haven’t happened with individual home owners but with apartment complexes where the builders in consensus with officials were the prime violators of every rule in the book. They are going to go scot-free and the penalty is going to impact only the eventual buyers of the property. How fair is that? Though am sure every apartment owner will be relieved that he/she at least has a chance to have the violation condoned.

The third aspect is the implementation of the scheme itself is going to be mired in controversy due to lack of transparency. It just opens up yet another window to do mass regularization without proper verification and presents a huge opportunity to make money. Money that will not go into the government coffers but into the pockets of officials and brokers, especially those with political affiliations.

Our view is that the government seriously needs to look at its urban planning and shun certain archaic rules and regulations that are not relevant to the current situation. Make it easy to comply, make the systems transparent and make penalties so stringent that no one would ever dare violate.

3 thoughts on “Akrama Sakrama – The good, the bad and the ugly”