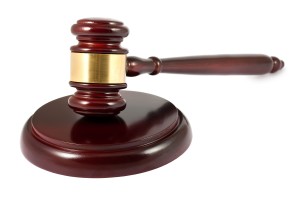 “Akrama-Sakrama”, which colloquially means legalizing the illegal, is now a popular idiom used for a law that aims to provide a one-time opportunity for building and site bylaw violators to regularize their construction.

The saga began in 2007, when the Government enacted the Karnataka Town Planning and Country Planning (KTCP) and certain others (Amendment) Act, 2004 (“Act”). As per the said Act, the Government laid down four types of irregularities pertaining to properties in urban areas and gave 90 days for regularizing them. Recently the Government in the state has come out with draft rules for regularization.

About the Scheme of Akrama-Sakrama

The Government, vide Notification dated August 27, 2013 finally accorded its assent to the much touted Karnataka Town and Country Planning and Certain Other Laws (Amendment) Act, 2009 (popularly known as Akrama-Sakrama Act). The Scheme provides for irregular building plans to be regularized on payment of a certain fine allowing the owner to obtain a permanent Khata certificate. The Akrama-Sakrama Act makes amendments to three crucial legislations.

The new amendment reduces the rate at which penalty is required to be paid for regularization of certain unlawful buildings, both residential and commercial. It specifically amends Section 76 FF of KTCP Act; Section 321A of KMC Act and Section 187A of KM Act.

Applicability of the Scheme

As per the amended Act, the Scheme was initially applicable to all the buildings that are constructed on or before December 3, 2009. The Government, on October 19, 2013 promulgated an ordinance under the Karnataka Town and Country Planning and Certain Other Laws (Amendment) Act, 2009, thereby extending the cut-off date for regularization of unauthorized residential and commercial building in urban areas, including BBMP limits. The ordinance gave a new cut-off date till 2013 end.

Section 76 FF (1) of the KTCP Act allows the planning officials to regularize the unauthorized constructions subject to certain conditions and on payment of a prescribed amount where any land is developed in contravention of the provisions of the Master Plan or commencement certificate granted under the Act. Prior to the amendment Act 2009, any application for regularization had to be made to the Planning Authority within three months from the date of commencement of the Karnataka Town and Country Planning and Certain Other Laws (Amendment) Act, 2004.

The ordinance further makes amendments to Section 321 A of the KMC Act and Section 187 A of the KM Act which states that no fine or fee for regularization under any other law is to be paid for the violations if regularization fee is paid under the KMC Act or KM Act, as the case may be. All the payments made for such regularization shall be credited to a separate fund in the concerned local/planning authority called the Urban Areas Infrastructure Development Fund. The application for regularization under KMC Act and KM Act is to be made to the Commissioner (KMC Act) or Municipal Commissioner or Chief Officer (KM Act). Both the Acts further state that regularization for any construction shall be subject to payment of the prescribed amount that may be different for different types of contravention of building bye laws.

Various fee structures that were prescribed in the Karnataka Town and Country Planning (Regularization of Unauthorized Development or Construction) Rules, 2007 have been modified in the amended law;
Such as fee related to:

As per the amendment, in case of violations

Implications of the Scheme

There are two sides to this coin; one side suggests the Scheme to be beneficial to the entire spectrum, inclusive of residential and commercial buildings while the other side suggests there is a loss for the law abiding citizen, who conformed to law and constructed his building according to the rules.

The larger picture however is that such an amendment does not solve the issue at hand, but only creates another, as it does not ensure that the construction violations will be curbed in the future. There is no clarity on how a building that violates both set back norms and permissible floor area will be treated.

Akrama-Sakrama undermines the principle on which the Karnataka Town and Country Planning Act 1961 has been formed. While the Act envisages organized development of urban areas, Akrama-Sakrama provides benefit for those who violated the Act. There is also a PIL in the High Court regarding Akrama-Sakrama and the present proposals are bound to change in the final notification.