BENGALURU: An alleged misunderstanding between two government departments more than 60 years ago is threatening the operations of industries located across a vast area in Whitefield. 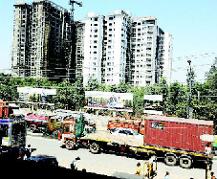 Almost the entire portion of this land, barring a few acres that forms Dinnur village, had been converted to an industrial park by the Karnataka Industrial Areas Development Board (KIADB). The board normally establishes a park only after receiving necessary clearance from the revenue department. Neither revenue department officials nor KIADB authorities were available for comment on the unseemly situation.

But assistant conservator of forest BN Nagaraj told STOI that a government notification of 1896 had established the area as forest land, and subsequent records have maintained the same.

“Over the years, due to the negligence of revenue officials, the land was changed to revenue and handed over to the KIADB, which allowed industries to come up. We have been actively fighting for the land since 2006, and there have been several hearings before the revenue department. They have now acknowledged that the land belongs to us,” Nagaraj said.

He said the forest department on Saturday brought down a KIADB board in the area. It will soon begin demolishing structures across the 711 acres. “We will not disturb those in Dinnur as it is a village. But all commercial structures will go. From what we have learnt, the companies have already received compensation,” the forest officer said.

S Sampath Raman, president, Federation of Karnataka Chamber of Commerce and Industry, said the KIADB has maintained that the land was given to the revenue department by the forest department in 1950. “We believe the government when we buy land from KIADB. It goes through the legal process rigorously and then develops the land. They have always done a thorough job, but here is one case of dispute. The forest department should give up its claim as industries have already come in the area,” he added.

On Saturday, at least 150 people gathered in the area as the forest department went about demolishing the KIADB board.

“We have even filed an appeal before the high court saying the land is in a protected forest belt,” Nagaraj said. “Now the question is, will the newly affected parties – the industries in the area – take the matter to court.”

While this gets reported as an alleged misunderstanding between two government departments, it throws open a lot of questions about the functioning of the government. What the left hand does, the right hand does not know seems to be the typical attitude here. How could such a large parcel of land (711 acres) miss scrutiny? And what was the Forest Dept. doing when the land development was initiated? It started making its claim only since 2006. If this is the fate of a government approved KIADB process having loopholes resulting in en-masse removal of industries from that zone, imagine the fate of ordinary citizens and residents who put their hard earned money believing in the sanctity of approvals.