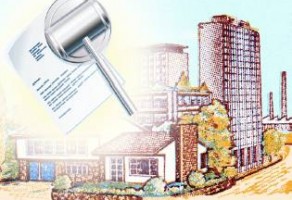 My Property is eligible for A-Khata, but am not getting it!

While many people in Bangalore believe that they are eligible for the A-Khata because their builder promised them so or because the land on which their home is built is an A-Khata property, they fail to obtain one despite serious efforts and a long wait.

So why is it that after investing huge money they should face this difficulty in getting Khatha Certificate (commonly known as A-Khata) for their property.

There are various reasons for the same and we have tried to compile them here to help users understand it better:

1)      Betterment charges not paid: Officials due to certain regulations are not accepting Betterment/Improvement charges and thus can’t issue the Khata Certificate for the property. Sometimes, the notification for the same may have been issued previously but the owner was unaware or did not pay at that time and hence BBMP is not accepting the charges now. Betterment charges are applicable when a property comes under the jurisdiction of the BDA / BBMP or when it is mooted as a fee for development that has happened (never mind, if you really didn’t see any development happening!)

2)      Litigation: There may be court case going on the property and BBMP is advised not to issue any property documents (till the case is not resolved). Many a times, the case may have been resolved too but the information for the same is not communicated on to concerned offices and hence the stalemate continues.

3)      Details Mismatch: Record details mismatch in the BBMP system. While handling many cases we have seen that where the records updated from Panchayat to BBMP (after merging Panchayat Properties in BBMP) are improper or not updated properly in the physical record book then BBMP won’t issue the Khata. This despite the owner having a proper Panchayat Khata previously and even if all other papers are in place. Until such rectification is done in record book the Khata will be a problem.

4)      Due to lack of Occupancy Certificates: BBMP can’t issue the Khata if the OC is not available. An OC non-availability generally means that there is a violation or deviation from the approved plan on the property and for those cases, BBMP can’t issue Khata certificate. One may need to apply for B Khata (which is just an entry into the municipal books for tax collection) for such properties provided it is accepted by the authorities.

5)      DC conversion: Conversion of land (agricultural to residential) many times remains incomplete and people start building residential buildings. For such cases, individual Khata for residential land use is not accepted by BBMP till land use conversion is done.

6)      Objection by Builder: Builder may have put a verbal objection to BBMP on issue of Khata due to certain issues that came up between present owners and Builder. In such cases, the BBMP may not issue though it is not to be done.

Fundamentally, one needs to understand that the A-Khata is issued to a building or flat when the building is built exactly as per the approved plan sanction on a A-khata land. If the building has violations or deviations, then even if the land was A-khata, you cannot expect the A-Khata for the property after the development.

Tags: Different types of Khata, How to register a khata, Khata